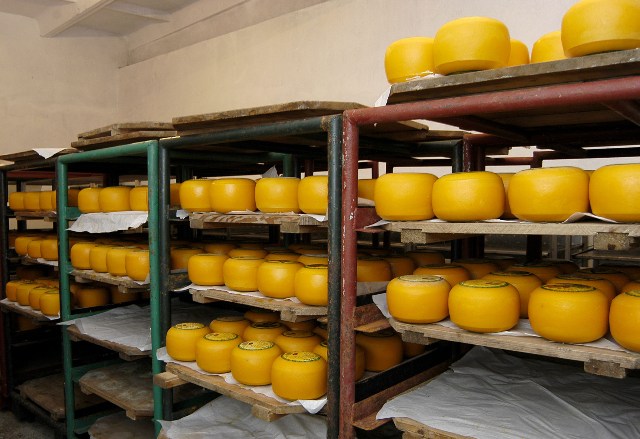 Since Soviet times and now agro-processing industry of Armenia is one of the most important and efficiently working branches of economy, which is also very important in terms of rural population employment and income generation that promotes food and economic security and formation of agricultural food market, as well as provides stable supplies of guaranteed and good quality food.

In the first stage of land reforms following the onset of economic reforms, Armenia appeared in economic blockade and most of the agro-processing companies stopped their activities.

Since 1998, due to additional investments of private sector and support of international organizations, the situation in agro-processing industry has been significantly improved.

Currently the companies’ engaged in agricultural food processing industry are gradually adapting to market economy. These companies have undertaken to raise work efficiency and competitiveness of produced outputs and to diversify production.  Some developing companies are successfully competing both in domestic, CIS countries’, as well as in international food markets and make investments for further development of production.

Improvement of processing system activities and gradual increase of export volumes made a certain contribution to mitigate the problems of agricultural output sale and increase the production level of farming companies.

According to assessments currently there are approximately 1600 food producing companies in Armenia out of which:

- Slaughteries- about  20 small slaughteries. In addition, 5 slaughteries built within the frame of UN Food and Agriculture Organization in the RA Vayots Dzor, Lori and Kotayk marzes will be soon commissioned with total capacity of 109 heads of big cattle and 384 heads of small cattle per shift. The slaughteries almost do not operate or operate with small capacities, as slaughtering of the animals in the slaughteries is not yet mandatory in the country. Average number of employed people according to the staff list is 90.

- Flour millers –about  60 companies out of which 12 are large companies  (“Alex Grig” LLC, “Manana Grain” CJSC, “Mancho Group” LLC,  “Talgrig” LLC, “Grand Candy” JV, “At Grain” LLC, “Vt Trade” CJSC). The others are medium-size and small companies.  Total annual production capacity is about 400 thousand tons. Average number of employed people according to the staff list is1500.

- Bread baking- more than 500 companies  out of which  25 medium-size companies (“Bread Factory 4” CJSC, “Sevan Bread Factory” CJSC,  “Anahit” LLC, “Davit 84” LLC, “Khariskh” LLC, “Hatsagorts Andranik” LLC etc), the others are small producers. In total 500 tons of bread is produced per annum. Average number of employed people according to the staff list is 4328.

- Confectionary and pasta production -about135 enterprises out of which  12 medium- size (“Grand Candy” Armenian-Canadian JV,  “A. Avetyan ASA” LLC, “Mancho Group” LLC, “Daroynik” LLC, “Shant Plus” LLC etc), the others are small and very small enterprises.  Total annual production capacity is about 40 thousand tons of confectionary and pasta.  Average number of employed people according to the staff list is about 4200.

- Beer production –  7 companies out of which  3 are comparatively large  (“Yerevan Beer” CJSC, “Gymri Beer” LLC , “Kotayk Beer Factory” LLC).  Total annual production capacity is about 150000 thousand liters of beer.  Average number of employed people according to the staff list is about 930 մարդ:

- Coffee and tea processing and packaging companies – about 30 out of which 5 medium- size  (“Royal Armenia” JV, “Raffael Contini Trading Company” JV LTD, “Alex Grig” LLC,  “Bio Universal” LLC, “HAM Tea” LLC),  the others are small companies. Total annual production capacity of processing and packaging is about 25 tons of coffee and tea. Average number of employed people according to the staff list is about 359.

- Vegetable oil production companies – 3, out of which 1 is medium- size “Shogh vegetable Oil Production plant” LLC and the others are small companies. Total annual production capacity is about 5 thousand tons of vegetable oil. Average number of employed people according to the staff list is about 70.

- Sugar production companies – 2, out of which 1 large company (“Lusastgh-Sugar” LLC and the other is medium- size company. Total annual production capacity is about 250 thousand tons of sugar.  Average number of employees engaged in production process according to the staff list is about 220.

- Salt production – 2 large salt producing plant.  Total annual production capacity is about 100 thousand tons of salt.  Average number of employees engaged in production process according to the staff list is about 314.

According to 2014 data in average about 19.3% of the country’s gross domestic income falls to the agriculture sector and 26% together with agro-processing industry. The sector plays an exclusive role in supplying the country population with food.

The production volumes in the period 2010-2014 derived from the RA agricultural product’s processing are presented in Table N 1.

The specific weight of industry processing agricultural raw materials in the country’s industrial sector constituted 38.4 % and in cultivation industry 58.6 %.

The main production types, the level of export and self-sufficiency and the share of local production in the sales structure derived from the RA agricultural raw-materials processing in 2012-2014 are presented in Table N 2.

The collection volumes of fruits, vegetables and grapes in 2010-2014 by the country’s processing industry companies are presented in Table N 3.

Average price per kilo of raw agricultural material is the following:  tomato 40.0AMD, grapes- 152.2 AMD exceeding the level of the last year correspondingly by 8.4% and 4.1 %%.

For the purpose of strengthening contractual obligations, more efficient organization of  agricultural products’  collection  process and promotion of contractual relations with farming companies (farmers) and the factories collecting fruits, vegetables, grapes and milk, in 2011 the RA Ministry of Agriculture developed procurement agreement models and provided them to the companies purchasing fruits, vegetables, grape and milk.

Before starting collection of fruits, vegetables and grapes in 2014 processing companies concluded 11965 contracts with farmers out of which 11381 for purchasing grapes and 584 for fruits and vegetables. Within the frame of these contracts 112.5 mln AMD advance payment was made to the farmers, as well as medicaments and other support were provided in the amount of 675.1 mln AMD. The rest of the companies entered into contractual relations during the collection process.

For the development of meat production. the volume growth  of meat product sales, the cooperation expansion of the organizations operating in the sphere and the promotion of  domestic production rate in the target markets with joint efforts the Ministry of Agriculture has initiated the process of establishing a union of Armenia meat producers. The projects of the Founding Treaty and the Statute of the Union are developed which are submitted to companies, and a discussion is organized with them.

The RA Government adopted export oriented industrial policy and Protocol Decision N 49 of the RA Government dated December 15, 2011 approved the strategy of the RA export oriented industrial policy. Within the frame of this policy, the industrial committee session with the RA Prime Minister held on July 24 and November 27, 2012 approved the actions plans of cognac and wine production industries for 2012-2015 ensuring the implementation of development strategies of these sectors. In addition, the adoption of the RA Government resolution draft on “Approval of the strategy for development of agricultural products’ processing industry and the schedule of strategy implementation actions” will promote the sustainable development of agricultural products’ processing industry and increase of export quantities.

The spheres of canned fruits vegetables, juices and mineral water production are also included in the the priority areas of the export-oriented industrial strategy and the development strategy for the spheres of Armenia juices and canned food production is implemented.

In addition on the initiative of the Ministry of Agriculture, the spheres of meat and dairy production

are also included in the priority areas in the above-mentioned strategy defined by the Government Decree N 32 on 31 July, 2014.

At the same time  extensive work are carried out in Armenia with additional functions deriving from the membership of the Eurasian Economic Union, in particular the implementation of the legislative and institutional reforms which will promote rapid integration with the Eurasian Union, will increase confidence in the quality and safety of food produced and significantly boost production and increase exports.