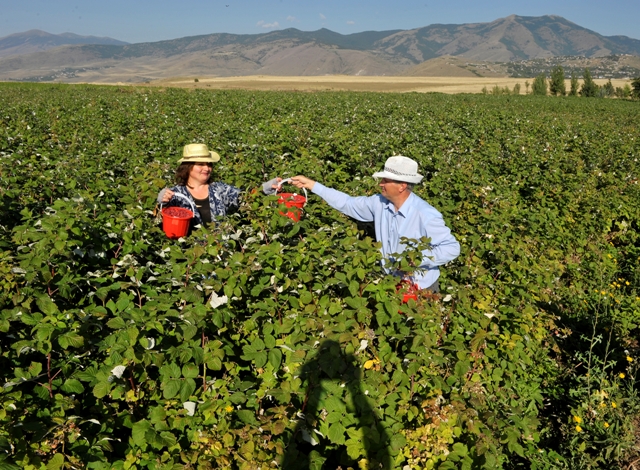 In 2014, agricultural crops sowing areas totalled 332.76 hectares, 318.06 hectares in the previous year. Necessary preconditions were created to continue this trend in the coming years. In 2014 gross output growth was recorded in almost all crops except in fruit sorts – apricot.

Characterizing data of 2014 crop production volumes, according to the NSS data, are presented below. 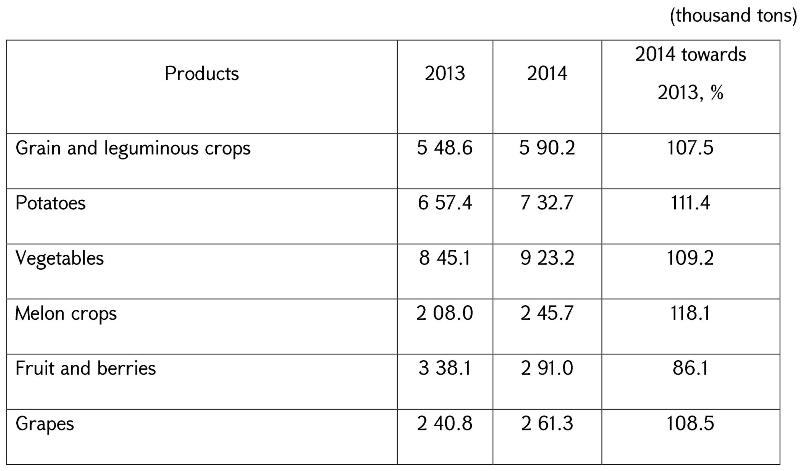 Over the last years several projects are implemented directed at improvement of targeted use of agricultural land resources, development of grain production and increase of grain crops sufficiency. One can distinguish.

1. “Grain seed breeding and production development project in the Republic of Armenia for 2010-2014”.  Since 2010 under this project elite seeds of autumn wheat have been imported and purchased from local producers and provided to the beneficiaries meeting the standards and requirements of the project on condition that next year the first reproduced quantity of seeds will be returned with 1:2 proportion. The returned seeds are delivered to the RA Regional Administrations to provide to the farmers displaying an interest to cultivate up to 3 ha land on contractual basis.

At the same time the public support project is carried out for the purchase of diesel fuel at reasonable prices for the RA farmers’ agricultural activities, under which farmers are provided with 1 liter of diesel fuel with the price of 350 AMD.

In 2014, the ministry received 9 business proposals of about 79.63 million dollars for 50 hectares aiming to build greenhouses  with the demand for credit funds, which were presented to the RA Central Bank for the purpose of the use of loans by the Russian banks (VTB).

In Kotayk the construction of about 51 hectares of greenhouses with modern technologies will be over in 2015, out of which an area of 46 hectares will be membranous and an area of 5 hectares – glassed.

In addition to the 30 hectares of the greenhouses built in the community Shahoumyan of the RA region Ararat in 2014-2015, it is planned to expand the greenhouse space by 40-50 hectares.

On February 12, 2015 the Government approved an amendment project according to which not only the import of greenhouse constructions, a number of resources used in greenhouse production but also the internal circulation exempt from value added tax.

In 2014, under the project “Plant protection measures” fighting measures were implemented on an area of 62025 hectares by the Ministry of Agriculture on the following components.

In 2014,   172 90173 hectares of agricultural land were examined within the framework of “Project of agrochemical research and increase of the fertility of soil”. Based on the results 172 agrochemicals maps and crop fertilization recommendations were drawn.