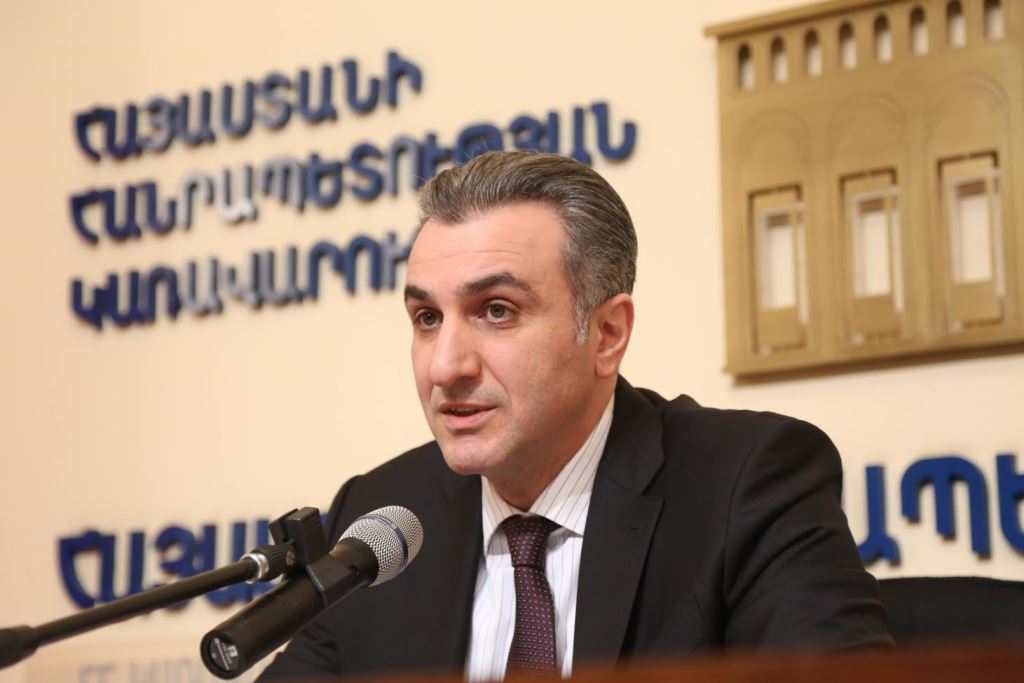 Mr. Ignati Arakelyan’s, Minister of Agriculture of RA, press conference was held during which state support programs implemented in 2017 and current problems were introduced.

Minister noted that as a result of tenders in the frame of state support programs it was possible to save money which will be directed to a new program: subsidizing of agricultural machinery purchase this year.

Mr. Ignati Arakelyan said that the following companies won the tender with their minimum price proposals: Masis “Berriutyun”, Russian “Torgoviy Dom Donskoy AgroKhimCenter” and Iranian fertilizer importing “Baran Group”. As a result of subsidization, the fertilizer will be provided to the farms at prices of the last year.

Mr. Ignati Arakelyan has good news for creditors of “Winar” Company – soon they will completely receive their money. Prosecutor`s Office, which examines the case of “Winar” company by mediation of the Ministry of Agriculture, recently reported that there is 12 thousand decalitres of alcohol in the factory storage at the moment that was sealed by the department of SRC Investigation, and the quantity is enough to pay completely the debts of farmers. According to Minister, a few days were given to the “Winar” company for organizing the sale and if  “Winar” company does not sell alcohol the Ministry will interfer again and will organize sales.

Mr. Ignati Arakelyan informed that program of providing agricultural machinery will be discussed and it is intended to provide very low interest rates, in order all creditworthy farms, cooperatives, communities will be able to acquire their necessary equipments without any limits.