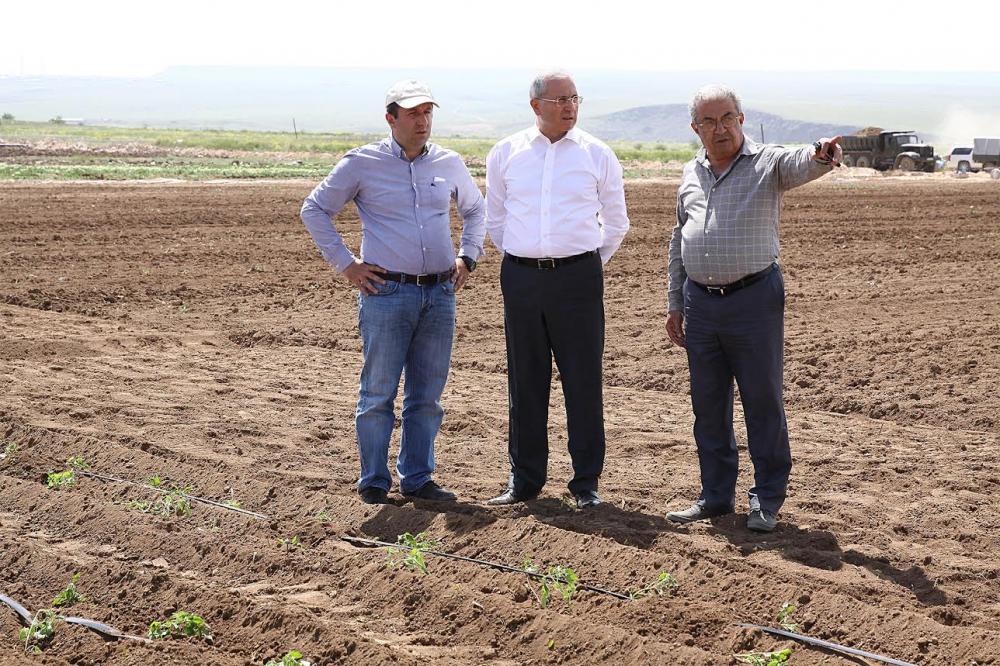 The RA Minister of Agriculture Sergo Karapetyan with the governor of the Armavir region Ashot Ghahramanyan visited Bagaran, where the project of the latest automated technologies of vegetable cultivation was implemented by the “Eurotherm” company.

In 2014 the company acquired an area of about 900 hectares on Bagaran border and in the first phase began to implement tomato cultivation  in an area of 250 hectares.

“These are new technologies  in our country and we can even say that it is a revolution in the plant breeding industry, because the entire process including soil cultivation, seedlings planting and harvesting is first carried out by an exclusively mechanized method ensuring high-guaranteed yield,”  mentioned the Minister Sergo Karapetyan.

Welcoming the initiative of the company the Minister expressed the hope that the project will be expanded to cover more and more areas, ensuring larger harvest at the same time stressing the necessity for spreading this mechanized production method among other farmers.

The president of the  ”Eurotherm” company Eduard Ghazaryan said that after the construction of the new company the demand for tomatoes grew by up to 20 tons in 2014. However only 800-1000 tons of  tomato crops were collected because of the tomato shortage. Therefore, the company initiated this project supported by the Armavir Regional Administration and the Ministry of Agriculture, in the result of which it is expected to provide yield of about 90-100 tons per hectare.